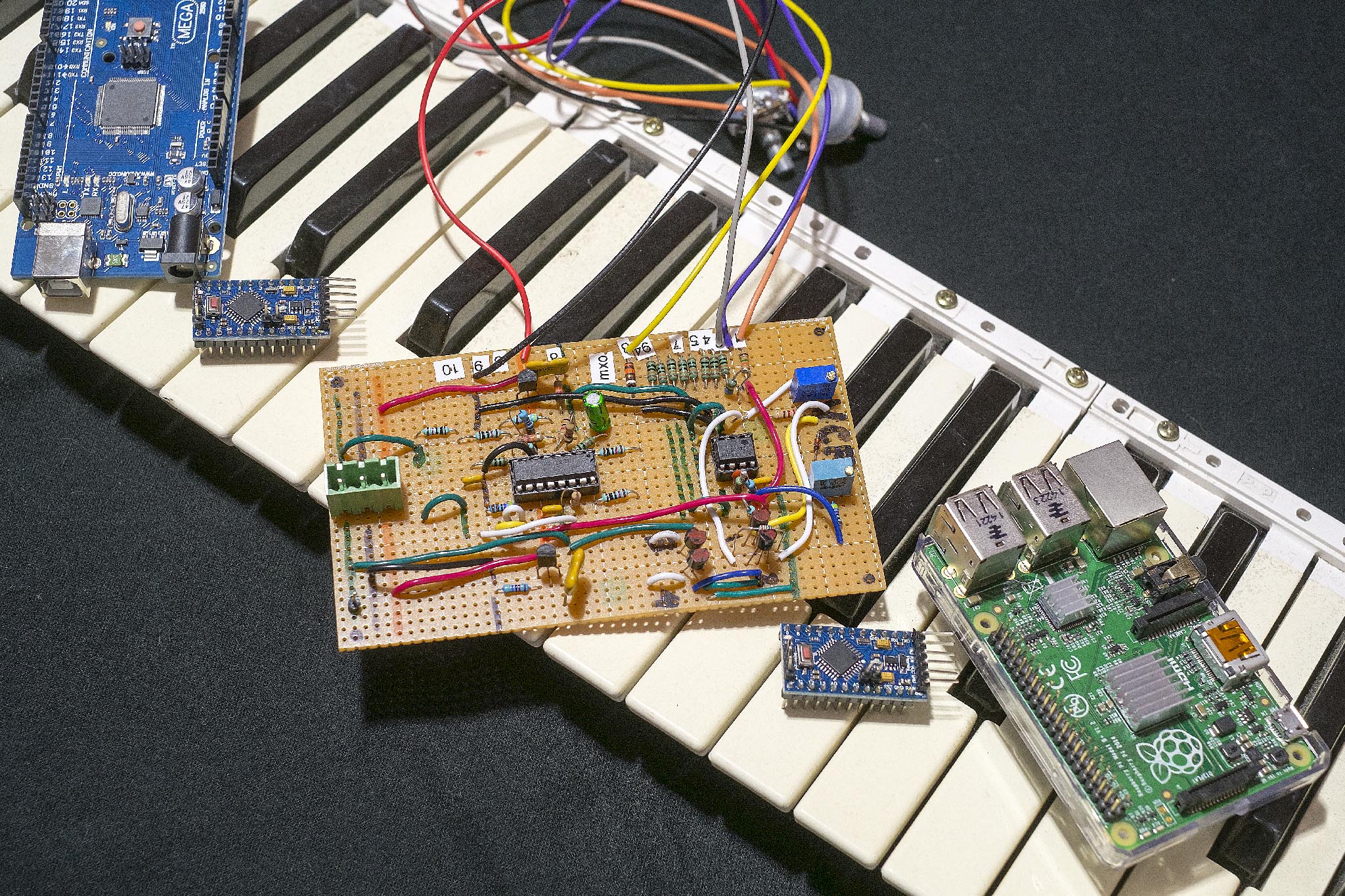 I love building with repurposed things. I have also always had a passion for jazz and electronic music. Early in my engineering career, I was fortunate enough to work with a couple of people who knew how the early synths similar to those of Robert Moog or Don Buchla were built (I used those two names only because the are highly recognized, but in reality there were a dozen or so companies building great synths). In 1978, I worked on my first synth after taking home an unfinished DIY mini-moog-ish thing that my colleagues had started. I eventually got it working, played with it and sold it several years later. It was cool, fun and extremely out of tune most of the time. In short, it was a glorified noise maker. After all, back then synths were a lot harder to make as information was only found in amateur electronics magazines or engineering journals.

Many of the synths I build are musical sculptures that can be played. Each one of these pieces are individual synthesizers that can be used in a solo performance, connected to each other to make a chain of sound or used in concert with other types of musical instruments & analog synths. Some of my projects include using parts scrounged from old military aircraft, telephone & industrial equipment or everyday items. Sometimes I find an old, beaten up instrument that many people would think of as trash. I like to think there is beautiful sound and finish still within it. Synthesizers can also be designed by the ‘Open Source’ community, where computer files can be downloaded and all of the parts made or ordered online. The point is, there really is not a single way, methodology or rationale anyone can use to point to a single path to success for creativity or electronic music. This site also has projects for MIDI interfaces that enable you connectivity to commercial synths and controllers.